Carbon Dioxide is a non-flammable, colourless and odourless gas.

It is liquifiable under pressure, with refrigerant properties in the liquid phase and is supplied in cylinders as a liquid under its own vapour pressure of approximately 5,000 kPa at 15°C.

DE and EE cylinders are fitted with an eductor tube to allow liquid withdrawal. Carbon Dioxide will cause asphyxiation, is inert and mildly toxic. As it is much heavier than air it will collect in ducts, drains and low lying areas.

Medical applications for Carbon Dioxide include its use as a pure gas or in specialised mixtures with other gases in stimulation of breathing and anaesthesia. In liquid form Carbon Dioxide is used in cryosurgery for freezing tissue.

Carbon Dioxide is an essential constituent of tissue fluids and is needed to supplement various anaesthetic and oxygenation mixtures under special circumstances such as cardiopulmonary bypass surgery and the management of renal dialysis.

It also has a limited place as a respiratory stimulant and is used in the investigation and assessment of chronic respiratory disease.

BOC Ltd is a member of the Linde Group and Australia’s largest provider of Medical Gases. With two distinct customer groups, Institutions and Private Patients, BOC Ltd has a service tailored to each ... read more
Contact supplier for specifications here
For more information about this item use the form below. 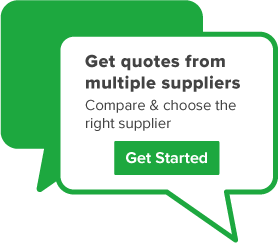 Mention MedicalSearch so BOC Ltd can best assist you!
1300 363 109
Didn't get through or prefer a callback
from an expert?
Callback Request
Get a callback from an expert at BOC Ltd to help answer your questions.