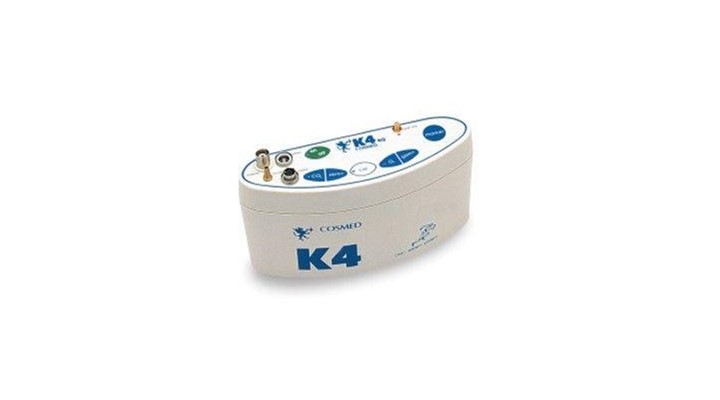 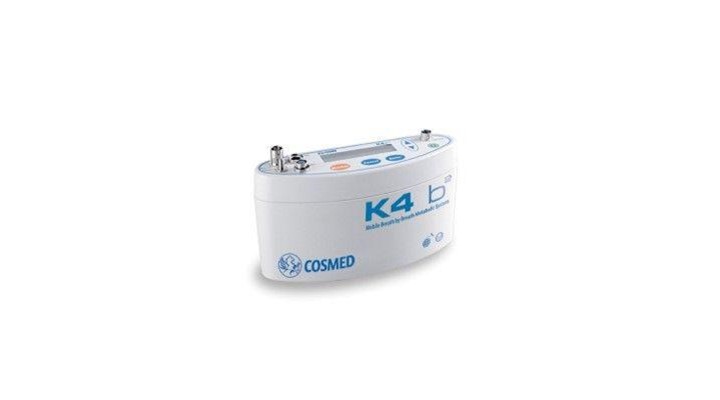 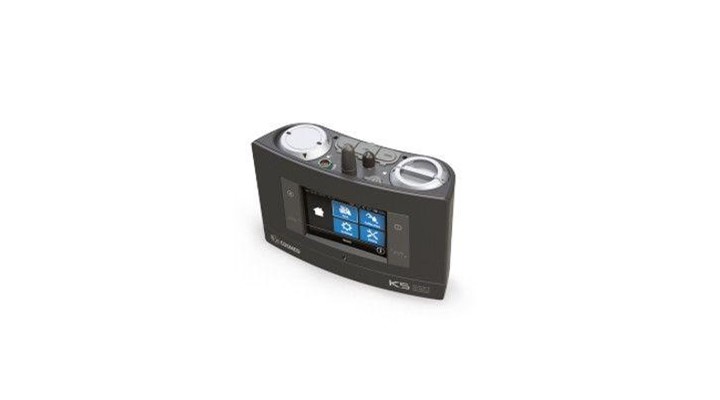 The purpose of this white paper is to describe the evolution of COSMED portable open-circuit spirometry systems, and discuss their validity, reliability, and principles of operation.

Technological advances have led to the continuous development of new portable devices that measure gas exchange and respiratory values with an accuracy comparable to conventional stationary metabolic carts. COSMED has been the pioneer in the development of compact metabolic technology since the 80s with the introduction of the first K2 and maintained along the years its leadership with the regular introduction of breakthrough technology and new features, which were highly appreciated in partiular among the exercise physiology and human performance assessment community.

This review analyzes the evolution of COSMED wearable metabolic technology from the K4RQ to the current K5, from the introduction of the COSMED patented dynamic mixing chamber to the shift to the breath by breath technology, ending up to the current system (K5), which provides researchers the option of using either microproportional sampling or breath-by-breath techniques within the same system.

K4RQ
The K4RQ was introduced in 1994 and was the first portable metabolic device in the market providing both O2 and CO2 sensors. This and many additional innovative features, compared to the previous version of the COSMED portable metabolic system (K2), represented an important step forward for the scientific community for the measurement of respiratory parameters and to determine the energy cost of many sport and real life activities.

COSMED patented sampling system introduced an “intelligent” proportional sampling technique of the expired oxygen fraction, ie a mixing chamber that varies its volume according to the ventilation. COSMED K4RQ directs thus a certain percentage of expired gas into a small mixing chamber, and average together several breaths to determine FEO2 and FECO2, which are then used to calculate VO2. K4RQ minimum sized sampling chamber (about 0.5 cm2) varies its specification with the varying of the ventilation, keeping a constant washing time on a ventilation range going from 4 to 250 litres/min.

This method (micro-proportional sampling technique) leads to greater stability in the gas fractions and is a perfect compromise to conventional (fixed volume) mixing chamber systems, as it can be adapted to high and low ventilations.

K4 b2
The COSMED K4 b2 was released few years after the K4RQ (1998). Together with several hardware improvements, the new K4 b2
was the first mobile system allowing breath by breath (BxB) gas sampling available in the market, following up the growing recognition from the scientific community of the breath by breath as the state-of-the-art technology. The introduction of the new K4 b2 had a tremendous impact in the ability to measure the energy cost of a wide variety of activities for use in clinical, educational, and laboratory settings

Gas Sampling Design
The K4 b2 is a breath by breath gas exchange measurement system, in which a detachable optoelectronic flow meter provides measurements of the inhaled and exhaled volumes. Flow and Volume are measured using a bidirectional digital turbine that ensures great accuracy within a wide flow range.

A sampling line with an integrated dryer (Permapure) delivers gas samples to the sensing part. A constant volume pump samples exhaled breath continuously at a specific rate. The built-in O2 and CO2 sensors (together with the complex pneumatic circuitry) allow measuring the composition of the exhaled air.

The K4 b2 , thanks to breath by breath sampling, measures instantaneous changes in O2 and CO2 throughout the respiratory cycle, and use complex equations to compute the oxygen uptake and carbon dioxide production during each breath.

K4 b2, through calibration procedures before each test, allows to know the “delay time” between measurement of minute ventilation and gas fractions, in order to align the signals and provide accurate calculation of gas exchange variables. The delay time consists of the sum of two components: a) the time necessary for the gas sample to be transported from the facemask to the analyzers (e.g., 350 milliseconds), and b) the analyzer response time (e.g., 150 milliseconds). Errors in delay time between gas flow and gas analysis can cause an error in VO2 measurements of up to 30% at high breathing frequencies (Proctor & Beck, 1996).

The accuracy of breath-by-breath calculations is highly dependent on proper alignment in time of expired oxygen, expired carbon dioxide, and minute ventilation measurements. Despite concerns about this potential source of error, breath-by-breath systems are commonly regarded to provide valid VO2 measurements when properly calibrated, and they have the advantage of allowing VO2 kinetics to be studied.

K5
After almost 30 years of experience in compact metabolic systems and a significant number of feedbacks and ideas collected directly from clients in the most important institutions around the world, COSMED introduced in 2015 the newest version of its metabolic systems family. The new K5 introduces a list of unique features that give a solid contribution to the expansion of metabolic testing scope. Adopting latest advances in technology, the K5 is a highly sophisticated system, smaller, and lighter compared to previous versions or the competition, offering unique flexibility and versatility for the accurate measurement of respiratory parameters.

Gas Sampling Design
Among numerous innovative features, K5 introduces, for the first time, the option of using either a dynamic mixing chamber by means of micro proportional sampling or breath-by-breath techniques within the same system. Allowing both methodologies gives the chance to address all possible criticism of both methods.

Compared to the K4RQ dynamic mixing chamber configuration, the K5 features the latest design electronics, including a microprocessor controlling and a constant flow pump (instead of a peristaltic pump), which guarantees more reliable operation.

This new development challenged the prevailing view, which holds that the breath-by-breath technique is the more advanced and desirable method in all situations. As a matter of fact, the breath-by-breath method in some circumstances is potentially subject to more errors due to alinearity of the sensors and temporal mis-matching of ventilation and gas fractions (when RF is above 60 breaths a minute).

Breath by breath measurements with the K5 are allowed through the optional IntelliMET module. With IntelliMET users can select between the mixing chamber and the breath by breath mode depending on the type of protocol, research field or other factors.

Instantaneous percentages of O2 and CO2 are determined and are mathematically averaged using a weighted averaging algorithm to determine FEO2 and FECO2. A pre-test routine is used to establish a delay calibration in order to match the changes in FEO2 and FECO2.

Conclusions
In the past 30 years COSMED has been the forerunner of all most important technological advancements in portable metabolic systems. The recent launch of the COSMED K5 represents an important step forward in how metabolic testing can be performed, thanks to the introduction of IntelliMET, which allows to perform tests either with dynamic mixing chamber or with breath by breath gas sampling methods.

The debate on which gas sampling method is more appropriate has been overcome with the possibility offered by COSMED K5 to select dynamic mixing chamber or breath by breath methods depending on portocol and type of test, increasing significantly flexibility and versatility in testing opportunities. 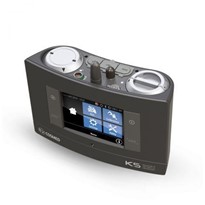 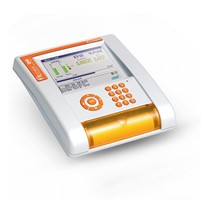 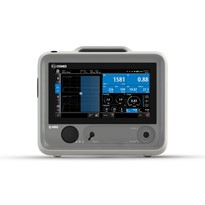 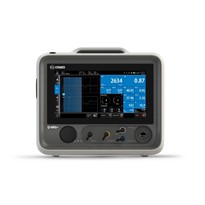 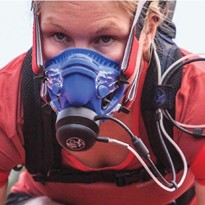 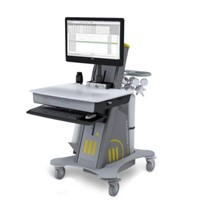 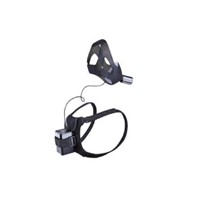 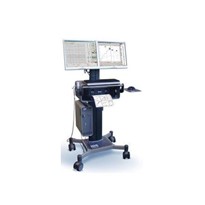 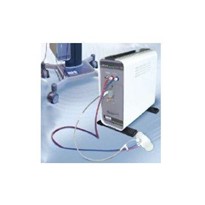 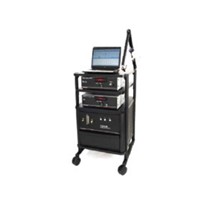 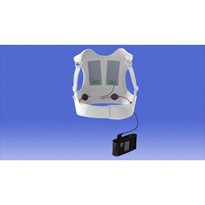 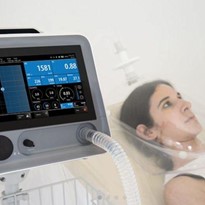 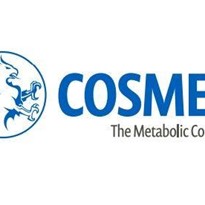 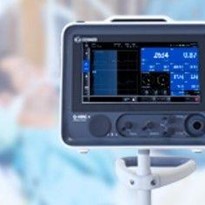 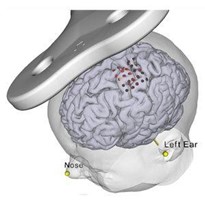 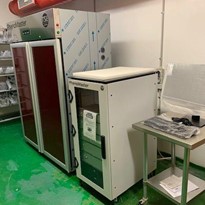 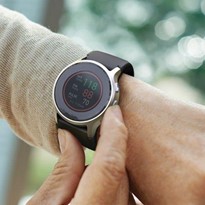 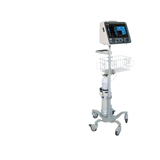