Dr Google will now answer your questions – via video call

Medical professionals generally don't regard the internet as the most reliable source of medical advice for the public, but a new program being tested by Google could change that.

The search engine is trialling a new program which gives a limited number of users in the US the option to connect directly with a doctor through video call from search results for symptoms or illnesses.

The trial was initially spotted and flagged by Reddit user and web developer Jason Houle from Springfield, Massachusetts when he was searching 'knee pain'. He posted the following screenshot from his smartphone: 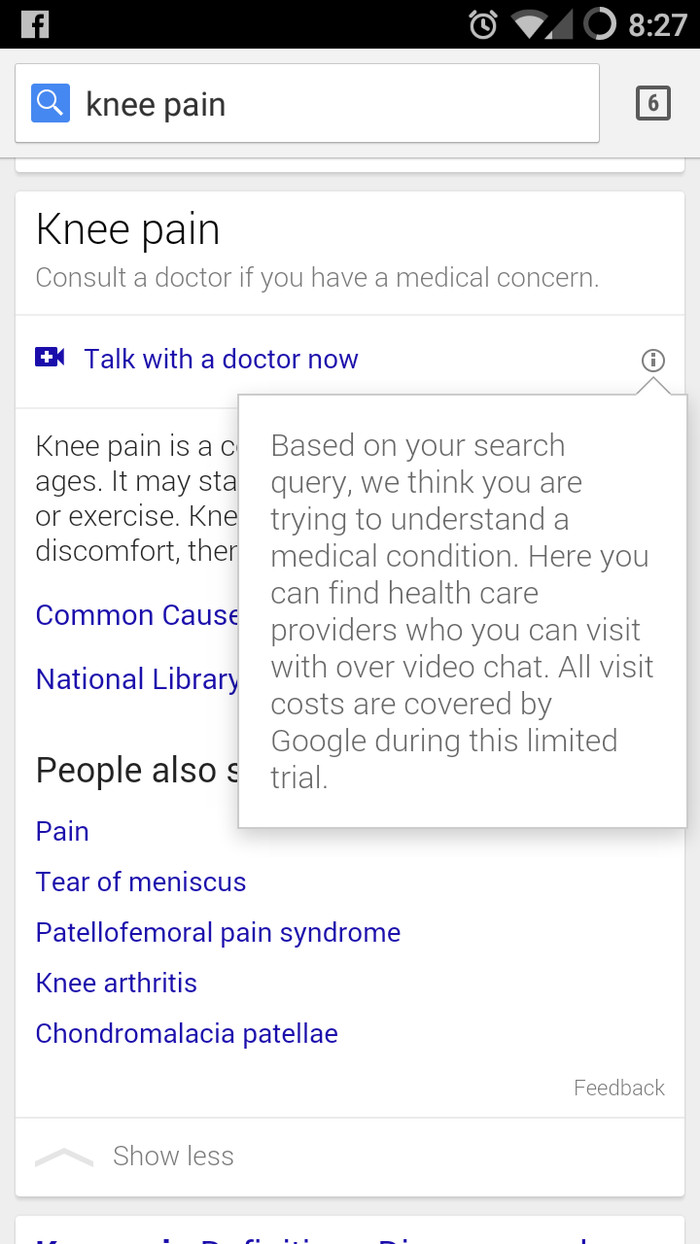 Representatives from Google later confirmed the authenticity of the report in a statement.

A Google spokesperson said: "When you're searching for basic health information – from conditions like insomnia or food poisoning – our goal is provide you with the most helpful information available.

"We're trying this new feature to see if it's useful to people."

Google said during the trial the video consultation service will be free and covered by them.

According to reports, the service ties in with Google's Helpouts, where experts in various fields are able to give lessons and advice over video call for a fee.

The move is indicative of Google's continued push into the medical and healthcare industry, in part motivated by a personal interest from its founders.