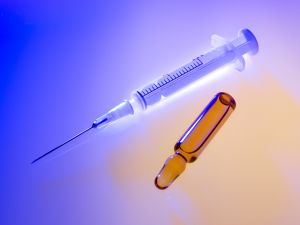 Discredited reasearch in Wales probably contributed to a current outbreak of measles.

A discredited study linking vaccination with autism has been blamed for contributing to a measles outbreak in Wales affecting more than 600 young people.

Hundreds of anxious parents and their children queued up at hospitals and clinics in South Wales for the measles, mumps, rubella (MMR) vaccine after health authorities urged all those younger than 43 years who had not had measles, or been vaccinated against it, to be immunised.

The epicentre of the outbreak is Swansea, where a local newspaper campaigned against the MMR vaccine during the late 1990s and early last decade based on the findings of a study – since discredited – that claimed to have found a link between the vaccine and bowel disease and autism.

Other researchers were unable to replicate the findings and the principal author of the study, Andrew Wakefield, was found by the British General Medical Council in 2010 to have acted dishonestly and irresponsibly in his research and was struck off the Medical Register. The Lancet, which had published the paper in 1998, fully retracted it.

But health experts said the research, by triggering international concern about the safety of the MMR vaccine, had probably contributed to the current outbreak of measles, which is a potentially deadly disease for which there is no treatment.

Before the Wakefield paper was published, around 92 per cent of children in the United Kingdom received the MMR vaccination, but the rate fell sharply to 80 per cent in 2003-04, before recovering to reach above 91 per cent in 2011-12.

Figures compiled by the Wales Health Protection Agency show that there were just two confirmed cases of measles between 1996 and 2000, but by the disease became increasingly prevalent from 2003 onwards, with almost 160 confirmed infections in 2009 and 116 last year.

Following the introduction of MMR vaccine in October 1988 and the achievement of coverage levels in excess of 90 per cent, notifications of measles fell progressively to the lowest levels since records began and the spread of measles was effectively halted by the mid 1990s,” Public Health Wales said.

"However, 2006 saw an increase in the number of confirmed cases and the first reported death from measles in the UK for 14 years. The rise in the cases of measles may be attributable to the lower uptake of the MMR vaccine in recent years in the wake of negative publicity surrounding unfounded claims of a link between MMR and autism.

Dr Roland Salmon, consultant epidemiologist for Public Health Wales, told The Telegraph that drop in vaccination rates associated with the MMR furore had left many young people vulnerable to the disease.

"Unfortunately, there is a cohort of young people who weren’t vaccinated and have now reached secondary school," Dr Salmon said.

"As their social contacts are increasing, so are their chances of catching and developing the disease."

Dr Salmon attributed the outbreak, at least in part, to anti-vaccination campaigns that had left many exposed to infection.

"There was a sustained campaign against MMR by the local evening paper [the South Wales Evening Post in the late 1990s], and my colleagues noted at the time that its circulation area had a proportionate fall in vaccinations compared to other regions in Wales. So there is a connection," says Dr Salmon.

There are signs the outbreak is coming under control, with less than 50 cases confirmed cases in the week after Easter, about half the rate registered the previous week, leading health authorities to be optimistic the spread of the disease had been stemmed. 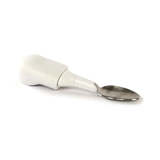