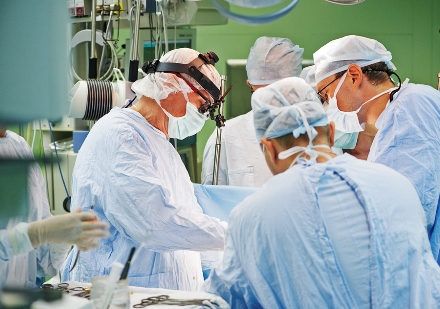 Since 1 June 2014, Medibank Private has imposed a new process on hospitals, and therefore on patients, that usurps the patient-doctor relationship.

Medibank Private now requires all patients to obtain pre-approval from Medibank Private for their surgical procedure, despite their doctor's opinion that the surgery is medically required, not cosmetic in nature, and that a Medicare Item Number applies to the procedure.

At a time when health insurance premiums have increased by an average six per cent, patients are now vulnerable to the discretion of faceless administrators at Medibank Private who can veto their surgeon's determination that a surgical procedure is medically necessary and thereby putting patient safety at risk.

"We are receiving calls from an increasing number of patients requiring medically necessary procedures who are being told by Medibank Private that their claim for cover is rejected because Medibank Private deems the procedure to be cosmetic," said President of the Australian Society of Plastic Surgeons, Dr Kane.

In fact, the Medical Benefits Schedule (MBS) has never covered cosmetic services and, hence, nor have the private funds.

The change is that Medibank Private has inserted itself into the patient-doctor relationship without warning and has taken upon itself to redefine what it deems 'medically necessary' and in turn widened the meaning of cosmetic services to include procedures that cannot reasonably be regarded as cosmetic.

"We ask, who is best placed to determine what is in a patient's best interest?", Dr Kane said.

"Is it the patient's specialist or an insurance company administrator without relevant specialist medical qualifications and without examining the patient?" Dr Kane said.

Patients are understandably stressed and angry and are left to either pay up-front the likely cost of the hospital treatment and then fight for reimbursement at a later date, or make the hard decision to delay or forego surgery.

"Our concern is that patients could be driven to consider less safe options such as unaccredited facilities including travelling overseas," Dr Kane said.

"It is alarming that patients requiring surgery after treatment for skin or breast cancer, which are among the most common cancers in Australia, are amongst those procedures being targeted by Medibank Private," Dr Kane said.

"We all buy private health insurance for peace of mind and it is disappointing that Australia's largest health insurer, Medibank Private is leading a move towards American style managed care", Dr Kane said.