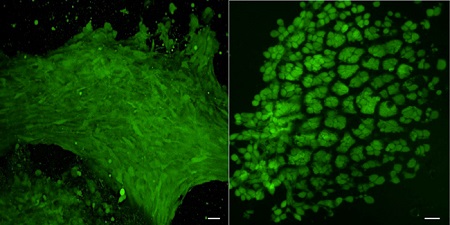 As the swollen gel compresses the cells trapped inside it, tooth-precursor cells (green) shrink, round up, become denser, and begin to deposit the minerals that harden teeth. (Images: Basma Hashmi, Harvard SEAS)

A new material could contribute to engineering of new teeth, bone or other tissues, according to latest research in the US.

A bit of pressure from a new shrinking, sponge-like gel is all it takes to turn transplanted unspecialised cells into cells that lay down minerals and begin to form teeth.

The bio-inspired gel material could one day help repair or replace damaged organs, such as teeth and bone, and possibly other organs as well, scientists from the Harvard School of Engineering and Applied Sciences (SEAS), Wyss Institute for Biologically Inspired Engineering at Harvard University, and Boston Children's Hospital reported recently in Advanced Materials.

"Tissue engineers have long raised the idea of using synthetic materials to mimic the inductive power of the embryo. We're excited about this work because it shows that it really is possible," said senior author Don Ingber, founding director of the Wyss Institute, Judah Folkman Professor of Vascular Biology at Harvard Medical School, and Professor of Bioengineering at SEAS.

Embryonic tissues have the power to drive cells and tissues to specialise and form organs. To do that, they employ biomolecules called growth factors to stimulate growth, gene-activating chemicals that cause the cells to specialise, and mechanical forces that modulate cell responses to these other factors.

But so far tissue engineers who want to build organs in the laboratory have employed only two of the three strategies – growth factors and gene-activating chemicals. Perhaps as a result, they have not yet succeeded in producing complex three-dimensional tissues.

A few years ago, Ingber and Tadanori Mammoto, Instructor in Surgery at Boston Children's Hospital and Harvard Medical School, investigated a process called mesenchymal condensation that embryos use to begin forming a variety of organs, including teeth, cartilage, bone, muscle, tendon, and kidney.

In mesenchymal condensation, two adjacent tissue layers – loosely packed connective-tissue cells called mesenchyme and sheet-like tissue called an epithelium that covers it – exchange biochemical signals. This exchange causes the mesenchymal cells to squeeze themselves tightly into a small knot directly below where the new organ will form.

By examining tissues isolated from the jaws of embryonic mice, Mammoto and Ingber showed that when the compressed mesenchymal cells turn on genes that stimulate them to generate whole teeth composed of mineralised tissues, including dentin and enamel.

Inspired by this embryonic induction mechanism, Ingber and Basma Hashmi, a PhD candidate at Harvard SEAS who is the lead author of the current paper, set out to develop a way to engineer artificial teeth by creating a tissue-friendly material that accomplishes the same goal.

Specifically, they wanted a porous sponge-like gel that could be impregnated with mesenchymal cells, then, when implanted into the body, induced to shrink in 3D to physically compact the cells inside it.

To develop such a material, Ingber and Hashmi teamed up with researchers led by Joanna Aizenberg, Amy Smith Berylson Professor of Materials Science at SEAS and Professor in the Department of Chemistry and Chemical Biology. She is also a core faculty member at the Wyss Institute, leading the Adaptive Materials Technologies platform there.

They chemically modified a special gel-forming polymer called PNIPAAm that scientists have used to deliver drugs to the body's tissues. PNIPAAm gels have an unusual property: they contract abruptly when they warm.

But they do this at a lukewarm temperature, whereas the researchers wanted them to shrink specifically at 37°C – body temperature – so that they'd squeeze their contents as soon as they were injected into the body. Hashmi worked with Lauren Zarzar, who earned her Ph.D. at Harvard SEAS and is now a postdoctoral associate at MIT, for more than a year, modifying PNIPAAm and testing the resulting materials. Ultimately, they developed a polymer that forms a tissue-friendly gel with two key properties: cells stick to it, and it compresses abruptly when warmed to body temperature.

As an initial test, Hashmi implanted mesenchymal cells in the gel and warmed it in the lab. Sure enough, when the temperature reached 37°C, the gel shrank within 15 minutes, causing the cells inside the gel to round up, shrink, and pack tightly together.

"The reason that's cool is that the cells are alive," Hashmi said.

"Usually when this happens, cells are dead or dying."

Not only were they alive; they activated three genes that drive tooth formation.

To see if the shrinking gel also worked its magic in the body, Hashmi worked with Mammoto to load mesenchymal cells into the gel, then implant the gel beneath the mouse kidney capsule – a tissue that is well supplied with blood and often used for transplantation experiments.

The implanted cells not only expressed tooth-development genes; they also laid down calcium and minerals, just as mesenchymal cells do in the body as they begin to form teeth.

"They were in full-throttle tooth-development mode," Hashmi said.

In the embryo, mesenchymal cells can't build teeth alone – they need to be combined with cells that form the epithelium. In the future, the scientists plan to test whether the shrinking gel can stimulate both tissues to generate an entire functional tooth.

The work was funded by the National Institutes of Health and the Wyss Institute. 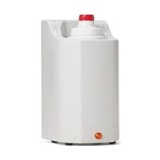 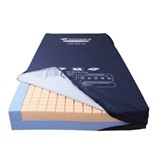 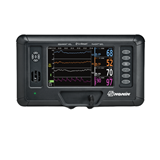 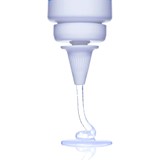